ICIJ, the Investigation Department of Radio France, has 124,000 documents.

We all understand better that Macron wants to remove the audiovisual tax, no???

The political weave of the moment is very pernicious…

What scam did he not commit? He corrupts everything he touches, that’s his trademark, that’s what the old people voted for!

For a speed violation of 1 km/h exceeding the speed limit, the motorist pays a fine of 68 euros and one license point is deducted from it.

Most often this offense has no consequences for the life of his fellow citizens.

So, how many fines for 124 thousand documents and how many years of disqualification and inability to participate in political life?

The fact that caused damage to the country’s economy…

When you think that he also risks sitting on the Constitutional Council, I am disgusted …

Good game. Classic but well done. This is a vote of no confidence.

We return him “beautifully” to the fat, to the macron, knowing that he is untouchable, undetectable, unless there are SEVERAL medical examinations, and in the absence of any examination revealing the opposite, they claim that he is mentally ill and therefore unable to continue his term of office.

Assuming he finds a shrink. who dares to make such a diagnosis.

This little game will make it easier for the French left to justify its next and inevitable turn in favor of the government. (a box of croquettes that we shake)

Don’t tell me that I’m inventing, that I’m yoyotte; this was already the case in the last presidential elections, with the same players.

Returning to the Macron case, what sanctions apply to files: asset declarations for 2017 and 2022? attempted tax evasion (ISF, at the time), the obscure funding of his 2016 campaign? the royal aid he received for this same campaign ( large press reinforcements, “token” rental rates for premises, bills well below the normal selling price), management crisis of the “Yellow Vests” with many wounded, disabled and even one dead (without intention, etc..), Covid management and cascading lies why US vaccines forced on the population (alleged conflict of interest), the “dismissal” by a sole act of the prince of medical staff and private sector employees who refuse the OPTIONAL vaccine, a certain “reduction in sales” of several French enterprises, ….
Zero! Noah! He is God himself, and he can do whatever he wants, and no one and nothing will condemn him.

For our zealots, this question is not alone. There is only one parliamentarian (NA or Senate) Who asked this question?

Not that I’m aware of it, and it’s safe to say there won’t be.

Except for the People who don’t have the right to vote, nobody cares.
(See my submission above.)
Corruption is a constant exercise among politicians, so it couldn’t be more normal. Up to the point that it would be a mistake not to subscribe to it.
To our detriment, of course.

Elected officials should demand his dismissal

In support posted on the line to the jovial commander-in-chief Hamster, the king of the tax cap and the patrol leader of the shenanigans patrol at the wheel of Fortuna…

ICIJ, the Investigation Department of Radio France, has 124,000 documents.

We listen as you explain to us that there will be a mistake in man.

We are all ears…

this is how he probably paid for his campaign by making a deal with uber and getting the money back in their favor if he gets elected!! on macron rot that’s what trump said everything macron does turns to shit!!!! now good for your face, you should have voted navy in 2022!!!!

Ah, but it’s better than noise: there’s an investigation into the “investigative” cell.

When Macron loses power, we will be left with 10 to 20 years of investigations, procedures and tutti quanti.

Over the next 5 years, the job will be to clean and wash the white…

In short, to erase updated traces.

And we dare to teach citizens about their standard of living and their small personal and family aspirations.

It’s not that we’re not used to seeing him in all the shitty shots…………. He’ll end up like Sarkozy or even worse.

Ah, here’s a bone to gnaw on holidays for the opposition………

What can such a style of statement give, given the immunity of the president during his term, and also the fact that lobbying is not prohibited in our country, especially when it seems to be equated with advice.

Parliamentarians, opposition parties and the media should be more interested in the problems that our country will have to face in the coming months.

When we see where the government’s mistakes in the Covid crisis have led, the result is guaranteed. 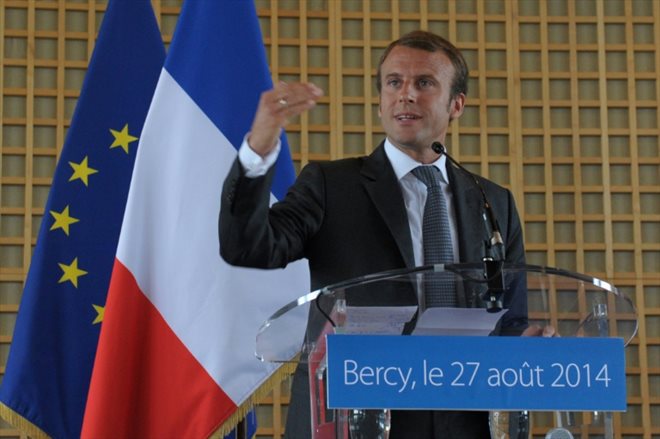 Emmanuel Macron during his appointment to the Economy Ministry in Paris, August 27, 2014. (AFP/Archive/Eric PIERMONT)

‘Secret’ pact against ‘all our rules’, ‘plundering the country’: Elected members of the French left sharply denounced on Sunday the ties that linked President Emmanuel Macron, then economy minister, and Uber following press releases. .

As part of the Uber Files, an investigation based on thousands of internal Uber documents sent by an anonymous source to the British daily newspaper The Guardian and shared with the International Consortium of Investigative Journalists (ICIJ) and 42 media partners, Le Monde took an interest in American public relations with Emmanuel Macron during his tenure as Minister of the Economy (2014-2016).

Based on various testimonies and documents, including numerous text messages, Le Monde concludes that there is a secret “deal” between Uber and Emmanuel Macron in Bercy. Reports daily on meetings in the minister’s office, numerous exchanges (meetings, calls or SMS) between the Uber France teams and Emmanuel Macron or his advisers, citing in particular meeting minutes written by lobbyist Mark McGann.

Certain practices are cited to help Uber strengthen its position in France, such as the company’s proposal to submit turnkey amendments to deputies.

At the request of AFP, Uber France confirmed meetings with Emmanuel Macron: meetings that “were part of his duties as Minister of Economy and Digital Technologies, overseeing the VTC sector.”

Uber France is also considering suspending Uber Pop, a service that ran from February 2014 to July 2015 that allowed users to connect with vehicles driven by private individuals rather than taxi or VTC license holders. This suspension “was in no way accompanied by more favorable rules,” as suggested by the “deal” idea, Uber France emphasizes. 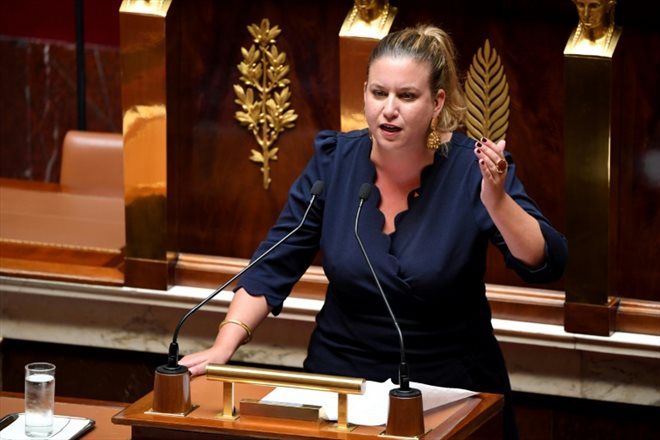 The Élysée told AFP that Mr Macron as economy minister “naturally prompted exchanges with the many companies involved in the profound changes in the service sector that have taken place over the years mentioned, which should be alleviated by lifting certain administrative or regulatory restrictions. “.

But the boss of the deputies of La France insoumise (LFI, the radical left) Mathilde Pano denounced on Twitter the “plunder of the country”, Emmanuel Macron, in her words, was both “an adviser and minister to François Hollande and a lobbyist for multinational states. trade union aiming at permanent deregulation of labor legislation”.

Communist Party (CPF) number one Fabien Roussel delivered “revealing revelations of the active role of Emmanuel Macron, then minister, in promoting the development of Uber in France”, “against all our rules, all our social achievements and against workers’ rights”.

On the other hand, Jordan Bardella, president of the National Rally (RN, far right), also believes that “Emmanuel Macron’s career has a coherent, red thread: to serve private interests, often foreign, rather than national interests.”

He met with him about this in the spring of 2014, when he was Deputy Secretary General of the Elysee Palace. “He always wanted to roll out the red carpet at Uber,” he said.

The former MP and short-lived Secretary of State also wonders about the role of Elizabeth Bourne, who “knows these subjects very well.” The head of government was Minister of Transport at the time the Mobility Orientation Act was passed, and then Minister of Labor when social dialogue was being promoted in the VTC sector – “without giving the Uber driver the status of an employee,” says M. Thévenot.